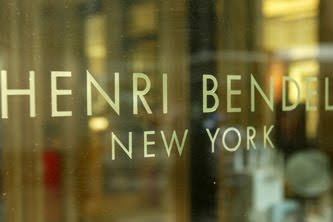 Henri Bendel was a milliner by trade.  He was the first retailer to bring Coco Chanel designs over to the United States from Paris.  His company today maintains the over a century old tradition of introducing influential socialites to what's new and now in fashion by maintaining close associations with various designers.  These designers include those such as: Anna Sui, Stephen Burrows, Rick Owens, and Diane von Furstenberg.  Through its semi-annual "Open-See" events, Bendel fosters the work of upcoming designers so that the vendors may present their merchandise to corporate buyers on a "first come, first seen" basis.  These designers hope for the chance that their pieces will be selected for a trunk show or even for sale in the Bendel Fifth Avenue store. 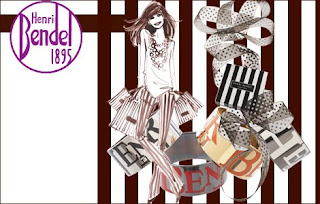 In 1986, Henri Bendel was bought out by Limited Brands, the apparel conglomerate that owns Victoria's Secret.  Henri Bendel has made the decision in April 2009 to stop carrying apparel.  Bendel is now forcusing on accessories, cosmetics, and home items (such as candles).

Its flagship store is in New York City, established in 1895 (currently located on 712 5th Avenue)