Adele Casagrande founded a leather and fur shop in Via del Plebiscito in central Rome in 1918.   Just married Edoardo and Adele Casagrande Fendi changed the name of the small leathergoods shop and fur worskhop to the name Fendi, in 1925.  During this post-war period, a new middle class was trying to find a way to recover.  With the quality of the bags and the skillful workmanship of the furs, the shop was an immediate success.

A bigger and atelier shop was opened by the Fendis on via Veneto (Roma/Rome) in 1932.  Via Veneto was becoming an important commercial centre during this period.  During this time, the Fendi name becomes well-known outside of Rome as a synonym for taste and style.

Their eldest daughter of five, Paula, was the first to join the company in 1946, at the young age of fifteen.  The other four sisters joined as soon as they completed high school.  During this period, Italy is going through frantic struggles of the post-war reconstruction.  The role of women changed entirely.  A change that will show in the designs during the Fifties.  The five sisters had completely taken the company over by their father's death in 1954, Edoardo Fendi.

The first Fendi fashion show was staged in 1955.

In 1965, Fendi begins to work with Karl Lagerfeld, a young designer who was up and coming in Paris at the time.  With Lagerfeld's assistance, Fendi releases its first couture line, created by him.  The double FF logo was created in this year by Lagerfeld.  Lagerfeld also changed the whole concept of fur while working with Fendi.    He is now the Fendi company's creative director. 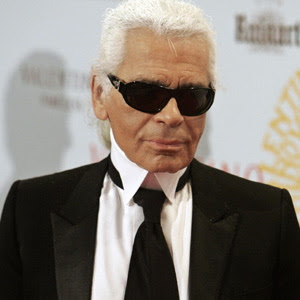 In 1968, the Fendis make their first appearance in New York (with the help of Bloomingdale's) and Japanese markets.

In 1984, Furs, leather goods, and ready-to-wear are continuing in their success and new products, lines, and accessories join the trend.  Jeans, gloves, ties, glasses, lighters, foulards, watches, and pens are added to the Fendi collection.

1985 marks the 60th anniversary of the business and 20th anniversary of working with Karl Lagerfeld.  With these, Fendi presented the first fashion exhibition ever shown in a national Italian museum, at the National Gallery of Modern Art in Rome.  This show illustrated the complexity of technical and creative work involved in the development of the Fendi collection.  This same year, Fendi launched its first woman's fragrance.  Fendi Uomo was launched in 1989 and equals in success.

Paula Fendi was awarded the title of "Cavaliere del lavoro" in 1986, by the Italian President.

Fendi uomo (menswear) was launched in 1990.  This line is complete with menswear and accessories for every occasion in a man's life.

Carla Fendi took over as President of the Board, in place of her sister, Paola, in 1994.  By 1995, the Fendi company had 100 boutiques, 2 direct Fendi stores in Rome and New York, and 600 point of sale all over Italy and the world. 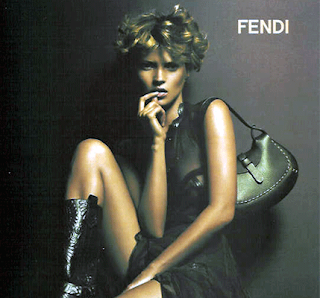 Fendi sold 51% of their stock to Prada/LVMH joint venture in 1999.  Since 2001, LVMH owns the majority of the shares for Fendi.

Fendi continues to achieve success.  The name is known world-wide, the quality and style never cease, and continues to be worn by Hollywood's elite. 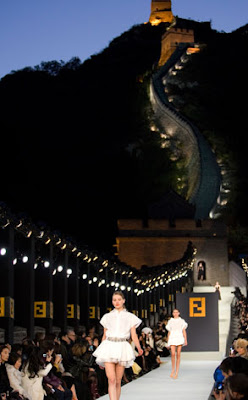